Diabolical Taste is the sequel to The Secret Eater, and is the second in the Kenssie series.

Click on the image to the right for a higher-resolution version of the cover. Laura Hollingsworth is the artist. You can check out more of her work here.

Kenssie just wants her fellow demons to respect her. A little hero worship now and then wouldn't go amiss either. But as the lowly thrall of Rak, an embarrassment demon, she'll take whatever crumbs she's offered.

When the demon council turns against her master, Rak and Kenssie are forced to relocate to the countryside. It seems Rak has been holding out against his thrall and keeping a secret that will shake her trust in him forever.

When someone from Rak's past returns to claim him, Kenssie has to fight for much more than his attention. The lives of innocents and not-so-innocents are on the line. How much of herself is she willing to sacrifice for someone else's happiness?

"I love that she's a demon but she seems so human sometimes. She is such a lovable character." - Maghon Thomas, Happy Tails And Tales

"I loved the thoughtful and multilayered story that Ros has created," - Kate Policani, Compulsively Writing Reviews

"Ros Jackson has given more life and depth to her characters, added some humorous scenes at the expense of a certain demon with an over-inflated ego... all while creating tension, danger and a delightfully quick read." Dii, Tome Tender

"Diabolical Taste is funny, sad and exciting." - Humanity's Darker Side 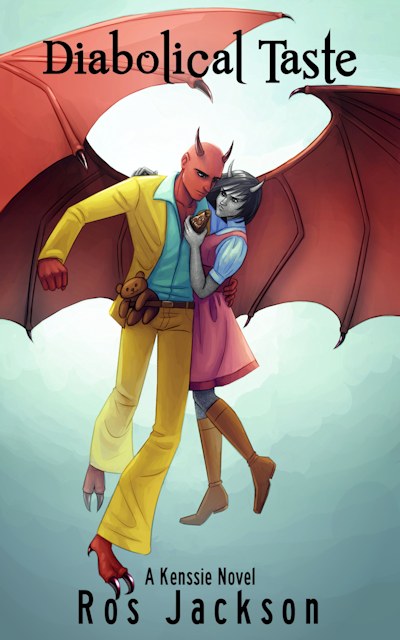